Our carers dish out cupcakes in aid of Dementia charity…

Our carers raised £30.76 for Alzheimer’s Society by baking and selling cupcakes.

The staff sold the cakes at Diamond Court in Worle to raise money to fight dementia as part of the Alzheimer’s Society’s Cupcake Day.

“Dementia care is just one of the many services we offer so many of our staff have first-hand experience dealing with people with the disorder and they understand how it can affect people and their families.
We always try to do as much as we can to help raise awareness and funds for important causes and we chose the Alzheimer’s Society Cupcake Day as it was a great way to get lots of people involved. People were able to come along and pick up some delicious cakes in exchange for a donation to the charity.”

According to the Alzheimer’s Society, Dementia is the number one cause of death in England and Wales.

Last year, it’s Cupcake Day raised £330,000, which is the equivalent to funding 11 PhD researches for one year, giving them the opportunity to undertake vital, potentially lifesaving work.

The Alzheimer’s Society is the UK’s leading dementia support and research charity for anyone affected by any form of dementia in England, Wales and Northern Ireland. 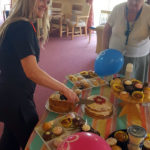 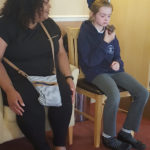 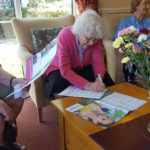 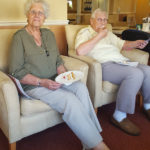